There's been a lot of classwork and general living over the last few weeks. One major adventure, involved her roommate, Jordan. Poor girl got a bug bite from who knows what kind of bug in Morocco. This bite became infected and Jordan needed to go to an instacare in Spain. Nobody at the hospital spoke English. Fine, but none of the leaders on the  study abroad--Shame on you teachers!!--spoke spanish (seriously?) OR were willing to find someone to speak it to help OR were willing to come and lend moral support themselves. Are you kidding? This is Madrid--not some village in nowhere. I'm sure English speakers are everywhere, just as Spanish speakers are not hard to find in the US!

Anyway---Catherine provided moral support and stayed with Jordan, eventually getting her to a place where they were able to lance and pack the bite. 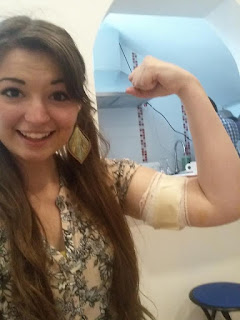 After this ordeal, they got some chocolate waffles. A sound medical decision in my opinion! 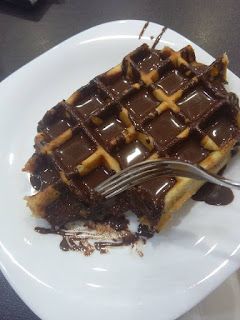 A few days later, Jordan was able to get it checked again with language support. I asked Catherine about her last time I spoke with her, Poor Jordan now has an abcess under her skin. Doesn't hurt except when she's getting it treated.  Ow!

Next adventure---Bullfighting. Catherine had in mind to see a bullfight, just to have the experience of seeing one. She went to the museum and saw the bull-fighting ring. 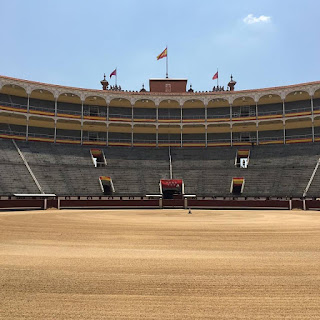 After going through the museum and seeing the films, she decided that she'd seen enough. Judged bull-fighting as a horrible practice and passed on seeing the real thing. Good girl! I hope I make the same decision should I ever go to Spain.

Onto the Hard Rock Cafe! Catherine won fame and fortune here (or at least a t-shirt and a beer--just what a BYU student needs), by singing Sweet Dreams are made of these.  Way to go superstar!!

Here's a group of the whole clan on this study abroad. I'm assuming the books are part of everyone's "book art" project. 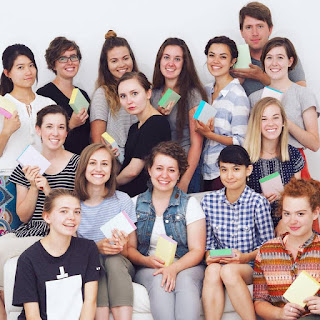 And now she's in Toledo where there are beautiful places. The ever present Cathedrals and Mosques of course. 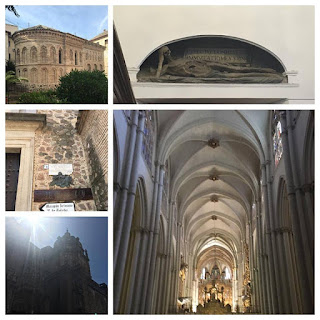 She also got to zipline over a river twice. I love my adventurous girl! 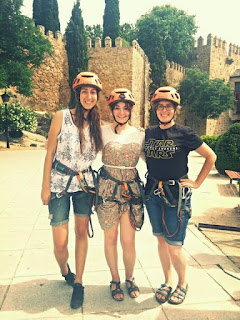 Possibly the most important place she visited in the whole trip was this shrine: Mary of the Pin. 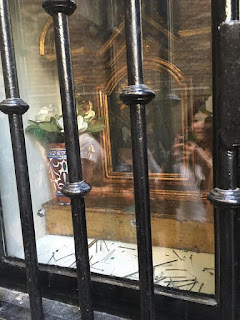 If you put a pin in the shrine then you will find a husband who is handsome and rich.

Before leaving Madrid she was able to find a good sale at H and M and also get some fancy chocolate.

Then it's on to Paris where she found out that her bag was 3 kilograms overweight. Darn it. Throw out more stuff!

Posted by Anneli at 2:30 PM No comments: