Apologies for not remembering which website the following quote came from:


The hike through Titou Gorge, is actually a short swim from the base of a waterfall through a series of natural "rooms and ponds" formed by high cliff walls canopied by interlaced trees. The undulating sides of this deep, narrow gorge were formed as molten lava cooled and split apart.
The swim is short, only about five minutes, and the canopied light filtering down the mountainside within the gorge is spectacular. A hot spring tumbles down a short wall just outside the entrance of the gorge, which feels wonderful after the cool waters of the falls!
Doesn't that sound fantastic?!
Doesn't this look fantastic! 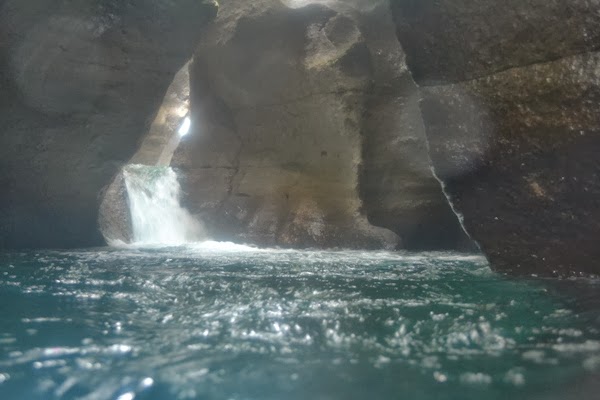 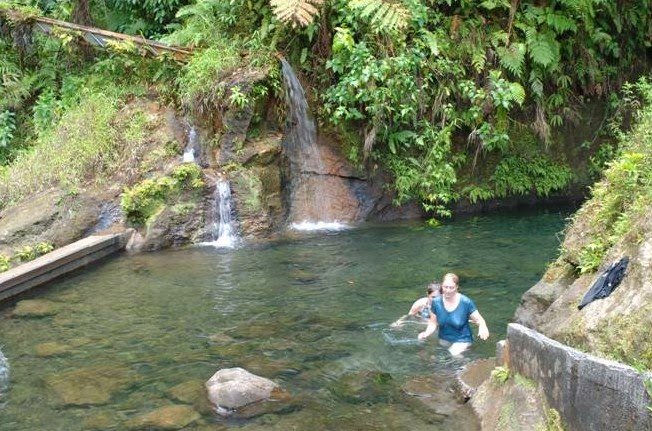 Some of the Pirates of the Carribean movie was shot here.  Good choice!
Posted by Anneli at 2:25 PM No comments: