Cheesecake is of primary importance to my mind when it comes to exploring New York. On a real trip it might not be a bad idea to have a piece every single day so as to find the ultimate best cheesecake of New York City. I looked up cheesecake on Wikipedia to see what was different about the New York Style and this is what it said:

New York-style cheesecake relies upon heavy cream or sour cream. The typical New York cheesecake is rich and has a dense, smooth and creamy consistency.[12] Sour cream makes the cheesecake more resilient to freezing and is the method by which most frozen cheesecakes are made. However, a lavish variant uses sour cream as a topping, applied when the cheesecake is cooked. It is mixed with vanilla extract and sugar and replaced in the oven, so that it is twice baked. 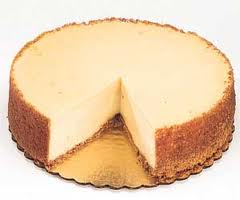 Posted by Anneli at 3:43 PM No comments: 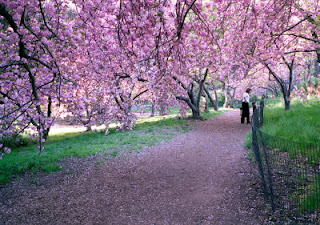 I want to be here!!!  Maybe it's because it's May and perfect weather where I live and all I want to do is go outside and ramble around--but when I looked up Central Park I got a thrill similar to the thrill I get when I think of Disneyland. I knew the park was big, but it's REALLY BIG and it sounds wonderful.  Endless paths like the one above to wander about in, big lawns to sunbathe or fly a kite in, a whole lake just to sail model boats in, an outdoor theater with free shows including Shakespeare in the Park, a castle,

then of course there is the zoo-with polar bears, a carousel, midway rides, wildlife sanctuaries, playgrounds, tennis courts, fun surprises like the Alice in Wonderland statue that kids can climb on, and a Swiss Cottage with marionette shows. Forget visiting Central Park, today I want to live here.

Posted by Anneli at 3:50 PM No comments:

New York is just plain fun--especially if one has truck loads of money, which I don't, but that's the beauty of virtual traveling. New York is special to me because I was born there and went to kindergarten and first grade at good old PS 24. I remember our apartment and that I would go behind the apartment to walk the cat on a leash, and I learned to tie my shoes on the subway. Even now New York pops up often in my daily life--more than any other state. We always watch the Today Show in the mornings as we get ready for work. 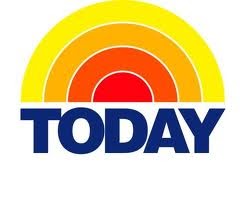 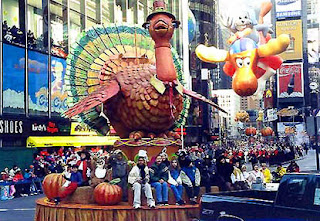 And it just happens that the mystery I just read took place in upstate New York. And I also watched a documentary on Netflix called, "Man on a Wire" about the tightrope artist Philippe Petit who strung a wire between the twin towers and walked across. 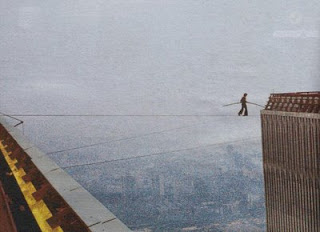 Catherine went to New York with her high school orchestra and played the harp in Carnegie Hall. Dave went to a conference there--and I want to go back to visit some day. Happily, there is no end of material in the library about New York--a refreshing change from looking up remote places in Africa. Catherine checked out about half the collection. All of us enjoyed the children's book, You wouldn't want to be a worker on the Statue of Liberty. 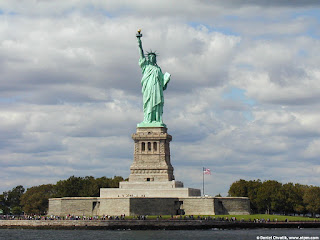 Phew---I never fully appreciated just how hard it is to sculpt a figure and then have it blown up as big as the Statue of Liberty. Gotta love mankind--that was an INSANE amount of work.  I've also read a children's book about a Russian family and their trip to America through Ellis Island. 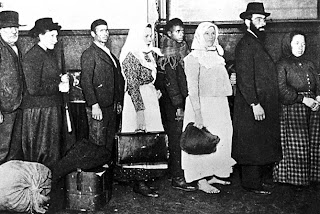 The current read is a New York alphabet book, which just makes me excited to visit everything--central park, the empire state building, the rockettes, the guggenheim and on and on and on.  Oddly, finding food to celebrate New York might be a challenge. New York has everything--what does one choose?  Perhaps the most authentic thing to do would be to find the most expensive restaurant and go with that, but that won't work for practical reasons. I think we'll have to stick with bagels and New York Cheesecake and maybe some Chinese food and pretzels and hotdogs? I think I'm in trouble....
Posted by Anneli at 1:51 PM No comments: