From here on out Catherine is living in a small apartment in Madrid with 4 other girls. The focus is on classwork and just general living in the area.

One of my favorite things that she's shared with us is this book she picked up in Morocco, Attencion, Bobo! There's a whole series of books. The others are all normal, how to be polite, keeping clean, etc. But this one has a few problems. 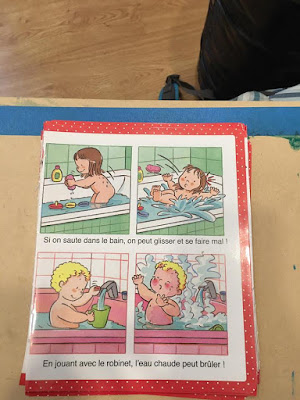 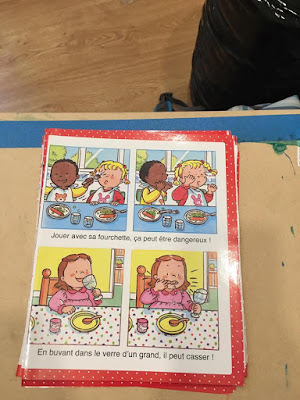 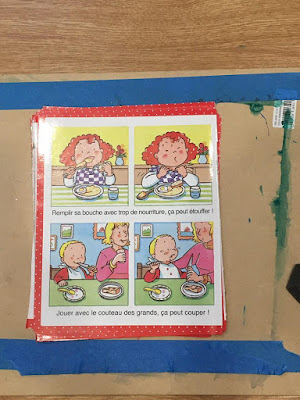 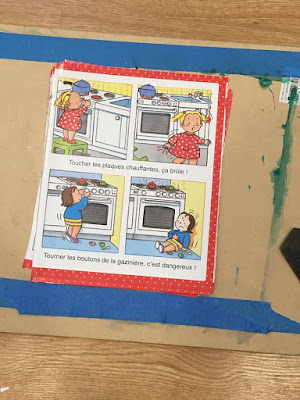 I think this last one with the plastic bag is my favorite. Nothing like giving your little one some good ideas!

The group is still doing some fun things together besides class. They went to the world's oldest restaurant. Catherine had sucking pig and baby lamb. 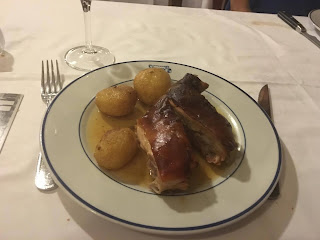 Also old world to me, is how ham is sold. With hoof attached!!  I believe if you boil the hoof you can make some kind of nutritious gelatin--but who would want to? Omi probably would have, but then again, she was in wartime Germany. They ate anything. 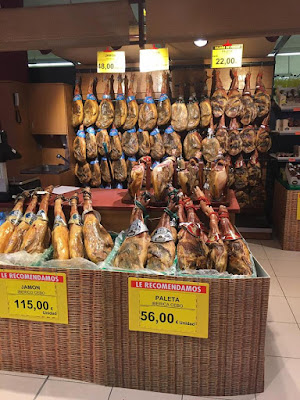 She does pretty well on her own too. She and her roommates had a tapa-rty. Her garlic mushrooms were a hit. 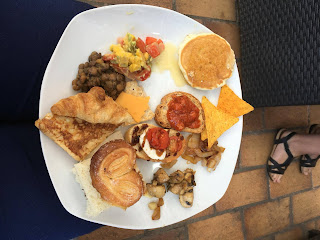 Madrid is a fun city. They have candy... 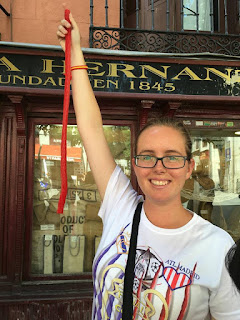 and shoes!!!  This Disney-style line was for handmade shoes at a good price. 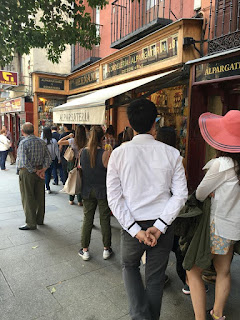 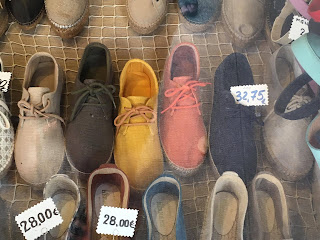 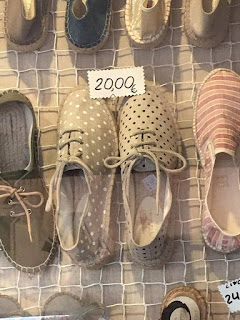 On one memorable day the apartment flooded. Luckily, Catherine had just mopped so a lot of stuff was off the floor. Probably a clogged pipe from 5 girls trying to shower. In sympathy, and because their kitchen is so small the girls were given 40 euro to eat out.

Catherine is funny. The apartment has no bowls smaller than a mixing bowl, and one morning all of the cups were dirty. Rather than washing a cup, she indulged in a classy breakfast. 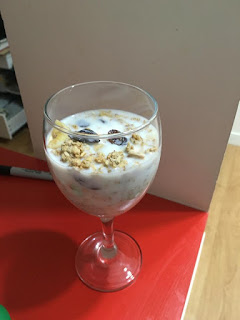 There is a great deal of delicious food in Spain. American bread is called "bimbo bread." I agree! American bread is one of my pet peeves.  However, not all food will appeal to an American palette. The food below is from Mercado San Miguel and features, crab burger, baby squid, calamai, hamcone and gulas (maybe that's the horrifying squiggly white stuff on the second row?) 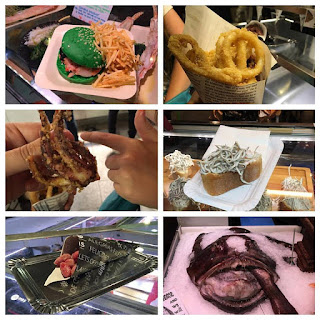 To know Catherine is to know her thick, rich beautiful hair. It's gorgeous, but a chore to keep nice. She's always wanted to try a short style and finally took the plunge. 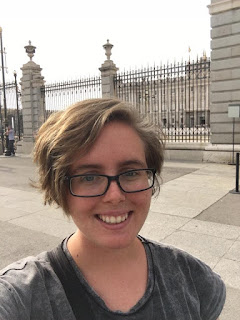 The guy who cut her hair spoke just enough English to say, "This is all yours. So much hair." The picture below is just a small part. She gets this comment everytime anyone cuts or styles her hair. 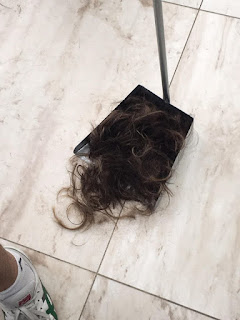 Then, today June 3rd, she tells us that she is going to a disco. I was glad. All three of us have taken German and in every German class we are given dialoges to memorize and a good portion of these involve going to the disco with a concert. I'm glad one of us finally went! Even if it was in the wrong country. 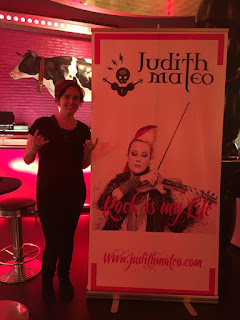 Unfortunately, the place might not have been quite as cool as the students were hoping. Catherine's group was younger than the general crowd by a good 30 years. 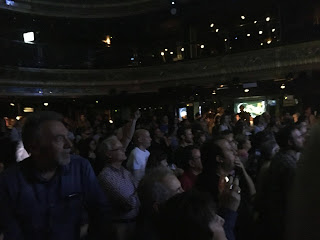 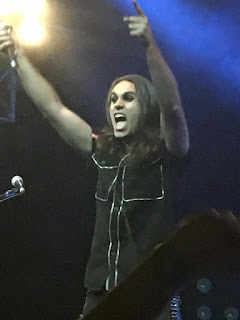